A Complete Disconnect from Reality 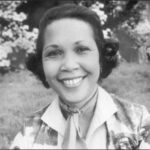 A group of Black leaders has launched an initiative to preserve the teaching of Black history against what it calls a “whitewashing” by Governor Glenn Youngkin. Black History Is American History, a collaboration of the Leadership Conference Education Fund, the NAACP, and People for the American Way, has formed in response to Youngkin’s promise to rid public schools of “inherently divisive concepts,” reports WTOP News.

“Governor Youngkin’s misguided and ignorant attempt to whitewash history and gag educators only builds on the legacy of discrimination against Black communities, Native communities, and other communities of color across Virginia,” states the initiative’s web page.

Amy Tillerson Brown, education chair of the Virginia NAACP, recounted the history of Barbara Johns and hundreds of Black classmates who walked out of school in Prince Edward County in 1951 in protest against segregated education. This watershed event led to the famous Brown vs. Board of Education Supreme Court case.

“There are some people who might find Barbara Johns’ contribution to civil rights history disturbing, divisive, even,” Brown said, as quoted by WTOP. “This historical reality makes some people uncomfortable, as it requires students to critique the historical circumstances that allowed this race-based inequity.”

I defy Brown to find a scintilla of evidence that Youngkin would forbid teaching uncomfortable facts such as the Prince Edward walkouts in history classes. To suggest that he would represents one of two things: either a deliberate effort to distort the Governor’s intent — a knowing lie — or the product of group-think reinforced by a left-wing echo chamber totally unplugged from reality. In either case, Virginia’s mainstream media plays a critical role in perpetuating the falsehood.

After a lengthy story detailing the allegations, WTOP did its journalistic duty of appending a two-paragraph denial from a Youngkin spokeswoman reiterating the Governor’s position: “We can teach all of our history, the good and the bad, and Virginia’s children will be better for it.”

Despite the Governor’s consistent denials that he would ban teaching of slavery, segregation, and Civil Rights from history courses, the backers of “Black History Is American History” don’t bother to present any evidence for their underlying premise — not one document, not one quote, not one email communication. They ignore Youngkin’s clearly and repeatedly-stated intention to roll back curricula, training and other administrative policies — not the content of history classes — that are predicated on the idea that the educational system is fundamentally racist, with Whites as oppressors and Blacks as victims, and that Whites must acknowledge their privilege.

Yet WTOP acts as a mouthpiece for the initiative, blithely perpetuating a claim that has zero basis in reality. Indeed, reporter Rick Massimo builds on the fabulist construction by providing this context in the article:

Critical race theory, a graduate-level concept taught in law schools, has never been taught in Virginia K-12 schools. An interim report in February on the initial findings of a search for “divisive concepts” identified no instances of the teaching of critical race theory in the classroom, instead pointing to a range of Department of Education materials, memos, a webinar and a math pilot program as examples it said it had identified and rescinded.

Neither Youngkin nor his K-12 chief Jillian Balow claim that CRT is taught in K-12 classrooms!! They say CRT permeates administrative policies, guidelines and training programs… which is what the interim report found! Massimo is not refuting something that Youngkin ever claimed, but a bogus charge repeated endlessly as journalists, politicians and activists quote themselves in circles without citing anything the Governor actually said.

The closest the WTOP story and similar accounts come to brushing up against the truth is this: the Youngkin administration does not want to see the propositions of Critical Race Theory formally embedded in public school curricula, pedagogy and training programs. Given the fact that his critics stress that CRT is not taught in schools, they should have no problem with Youngkin scrubbing VDOE policies and guidelines that they say don’t exist. The obvious contradiction eludes them.

The falsehoods are so grotesque and easily falsifiable one might be forgiven for thinking that the assorted activists, politicians and journalists are deliberately and deceitfully perpetuating a Joseph Goebbels-style Big Lie. But I don’t think that’s what’s happening. I think human nature is more complex. People believe what they want to believe. They seek confirmation of their beliefs and filter out evidence that contradicts them. Given the nature of the Internet and social media, it is easier than ever to live in information bubbles in which one’s version of reality is continually affirmed. The Left spreads falsehoods that it doesn’t know are false.

Arguably, that’s even more frightening than thinking that people are consciously lying. Liars can be exposed. But if everyone lives in information bubbles in which their beliefs are always confirmed, they lose the ability to distinguish the truth from the lies.

This entry was posted in Culture wars, Education (K-12), Media, Race and race relations and tagged James A. Bacon. Bookmark the permalink.