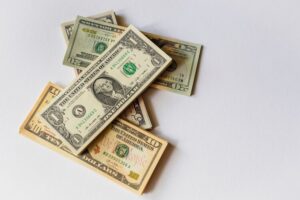 The report I will share with you is a cautionary tale both of rural healthcare and of the way hospitals view and treat ASCs, even when they own them. The ASC in this case is in Virginia, the hospital that owns it is in West Virginia.

Nobody told the Virginia Department of Health or Medicare, which license and certify it respectively. This is the story of a VDH surprise inspection at the end of November 2020.  It was indeed a surprise – to the inspectors.  The ASC was closed, and had been closed a long time.

But it revealed a great deal about rural hospitals, ASCs and the business calculations of integrated health systems.

It also revealed that antitrust law is not always in the forefront of the decision trees of the boards of non-profit health systems.

The Bluefield Virginia/West Virginia micropolitan area has 107,000 people. All but 10,000 0f them live in West Virginia.  Bluefield VA, Bluefield WV and Princeton WV are within that area.

Tazewell County Va., of which Bluefield is the northernmost town, has no full service hospital.  The county is home to about 50,000 people.

The Carilion facility in Tazewell, however, is not a full service general hospital.  It specializes in emergency medicine and diagnostic imagery.

The closest full service Virginia hospital to Bluefield and much of Tazewell County is Carilion Regional Medical Center in Roanoke, two hours from Bluefield.

But why did the Board of PCH make the purchase, fire its own CEO the next month, and shut the BRMC down 10 months later?

Did the PCH board find out things it hadn’t known about the financial state and general viability of the BRMC between the acquisition and the “mutually agreed upon decision” to let the PCH CEO go?

Or did it buy BMRC, only 14 miles but nearly 30 minutes from PCH because of the mountain roads, with the plan to shut it down in order to consolidate regional healthcare business in Princeton?

But on to the ASC, which is in Virginia.  We know pretty much everything about that Board decision.  The ASC in Bluefield Virginia was already closed when PCH bought it.

VDH sent a team to inspect that ASC in late November of 2020 for CMS that filed the report summarized below.

The July 2020 PCH Board Meeting – discussions of the Bluefield ASC

The transcript of the board meeting (portions below) showed that COVID had nothing to do with keeping the ASC closed. Keeping prices high and wanting to keep the nurses in Princeton rather than have them return to Bluefield where they wanted to work were the reasons.

The surveyor requested a copy of all Board of Directors Meeting Minutes which addressed the ASC since 10/01/19.  Those minutes provided the following evidence:

“The minutes provided no evidence that concerns related to the COVID-19 virus, the availability of staff for the ASC, or the availability of PPE for the ASC were discussed in this meeting. The minutes provided no evidence that reopening of the ASC was voted on, or that a decision was made in regards to the ASC’s closed status.”

The issue isn’t whether Bluefield Regional Medical Center and the Bluefield ASC should have closed for lack of volume or for lack of nurses. I have no idea.

But we do now know that when the acquisition was approved by the State of West Virginia and the FTC let it happen, the acquirer, WVU Medical System campus in Princeton WV, told all including Bluefield residents that they planned to expand the services at Bluefield.

They blamed COVID in the hospital closing press release.  But they also had refused multiple requests from doctors to let them lease or buy the ASC.

The transcripts of the meeting of the Board of Princeton Community Hospital above appear to provide rare compelled evidence of likely violations of federal antitrust law with regards to the ASC.

The way PCH went about the acquisition, misrepresenting a plan to expand services to gain approval of the purchase and then closing the Bluefield hospital 10 months later, is at least unethical but but they would pass it off as incompetence at the front end and COVID at the back end.

If the Board had done so, which was its obligation, the Richmond COPN bureaucracy would have crossed it off its list and opened up the area for another ASC.  Which local doctors wished to establish.