A Big Win for Rockingham County 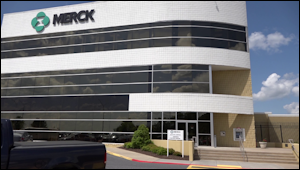 Pharmaceutical giant Merck & Co. has announced plans to invest $1 billion over the next three years to expand its manufacturing operations in Rockingham County. The project will add 120,00 square feet to an existing 1.1 million-square-foot plant to increase production of Gardasil, a human papillomavirus (HPV) vaccine. The project is expect to create “close to 100 new jobs,” reports the Daily New-Record.

Merck will be eligible for a custom performance grant of up to $7.5 million for storm water and infrastructure upgrades, subject to General Assembly approval. Blue Ridge Community College and James Madison University are eligible for another $2.5 million to create a custom workforce solution. The company is also eligible to receive sales and use tax exemptions on manufacturing equipment, as well as a Major Business Facility Job Tax Credit for new, full-time jobs created.

Bacon’s bottom line: As always, I have questions…
Any time Virginia snags a $1 billion investment, it’s a big win. It’s an even bigger win if that investment takes place outside of the state’s major metropolitan growth centers (although it’s worth noting that the Merck plant has been operating in Rockingham for more than 70 years). It would be useful to know exactly how big of a win the project is from a fiscal perspective after deducting for all the tax breaks and subsidies. Presumably, more information will be made available to the General Assembly than appeared in the Virginia Economic Development Partnership press release.

A second point worth making: This is yet another example of how big-dollar manufacturing investments are not necessarily big job creators. A billion dollars and only 100 jobs? Presumably, many of those jobs will be highly paid, though. As the press release states: the community college/university collaboration will create “a pipeline of biotechnology engineering and computer science talent that will allow the Shenandoah Valley to accommodate the future growth of Merck and other life science industries and manufacturers in the region.”

A final point: How much competition was there for this investment? Were other Merck plants in other states in the running? What kind of pressure was the state under to grant $10 million in infrastructural and higher-ed benefits plus an unspecified level of tax breaks? Virginia Economic Development Partnership press releases often note if other states were in the running. The press release about Merck was silent on that topic.

Considering just new personal income taxes and sales taxes, the project is expected to result in about $41 million in cumulative new state general fund revenue over the next decade (less $7.5 million for the performance-based company incentive and $2.5 million in higher ed investments), most of which will occur in the first few years due to large construction-related tax revenues. Local revenues and other state taxes will add to these figures.

Virginia was competing with at least two out-of-state locations for the project.

The economic and fiscal benefits of a manufacturing expansion with a certain project scope are similar to those for a greenfield project of the same scope, so there was a good case to offer a competitive incentive offer given the competitive nature of the project.