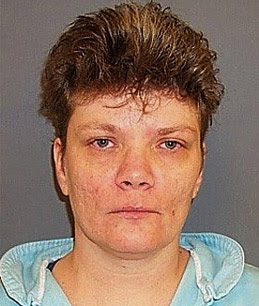 Barring a legal miracle Teresa Lewis will be killed by the Commonwealth of Virginia on Sept 23. She will be the first woman executed in Virginia in nearly 100 years. One of the few hopes Ms. Lewis has left is a grant of clemency by Gov. Bob McDonnell. I believe Gov. McDonnell should grant clemency.

Teresa Lewis is a bad woman. On Oct, 30, 2002 two hired killers murdered Ms. Lewis’ husband and stepson. The killers were hired by Teresa Lewis for $1,200 and a promise to split the proceeds of the stepson’s life insurance policy. The murders were premeditated, cold blooded and heinous.

Teresa Lewis is guilty. In a plot line which could have come from an episode of Law & Order the murders of Julian and CJ Lewis involved sex, drugs and the suicide of one the hit men. However, in stark contrast to a Law & Order show there has never been much doubt about what happened on that October night in 2002. Teresa Lewis hired two men to slaughter her family. A more detailed account can be found here.

I don’t want McDonnell to offer clemency because Teresa Lewis is a woman. I could care less. I don’t want her life spared because she has an IQ of 70 or because she was addicted to prescription drugs at the time of the murders. I don’t care about the new theory that one of the hit men was the real mastermind and Teresa Lewis was a patsy.